Dave spent most of his childhood growing up in Prince Edward County with a short stop in the Durham area. He moved to Peterborough in 1989 to attend Trent University, fell in love with the community and decided to make it his permanent home.

Dave has a Bachelor of Science in Computing Systems from Trent University and his Master of Business Administration from the University of Fredericton. He joined the staff of Cardinal Software in 2006, where he was the Manager of Product Development .

Dave’s dedication to Peterborough and the surrounding area is well-known and widely acknowledged, resulting in him being named one of the most influential people in Peterborough by Metroland Media in 2013 and 2018 and as Sports Personality of the Year by the City of Peterborough in 2014.

Dave has been a driving force in the Peterborough hockey community, founding the Under the Lock Tournament and serving as President of the Peterborough Community Church Hockey League, where he led the amalgamation with the Peterborough Minor Hockey Association. In the fall of 2016 when a planned Special Hockey International event was in jeopardy, Dave stepped up to ensure that the tournament would be a success. As a result of the efforts of him and his team, more than 1,000 exceptional players and their families benefited.

In June 2018, Dave took the next step in his community dedication by running for the Progressive Conservative Party and was elected to serve as the MPP for the Riding of Peterborough-Kawartha.

Peterborough-Kawartha riding is the gem of Central Ontario, home to many great natural and man-made attractions. There is always something to do during every season of the year!

You can spend your morning fishing on one of our many lakes, your afternoon taking in some sights, such as the Peterborough Lift Lock which was opened in 1904 and take in a free concert in the evening or enjoy a delicious meal!  Skate on the canal beside the Lift Lock, enjoy a drive through the area and enjoy the many shops and natural beauty in the villages.

There is always a festival or event of some kind happening – you will never be without something to do! Peterborough-Kawartha has it all! 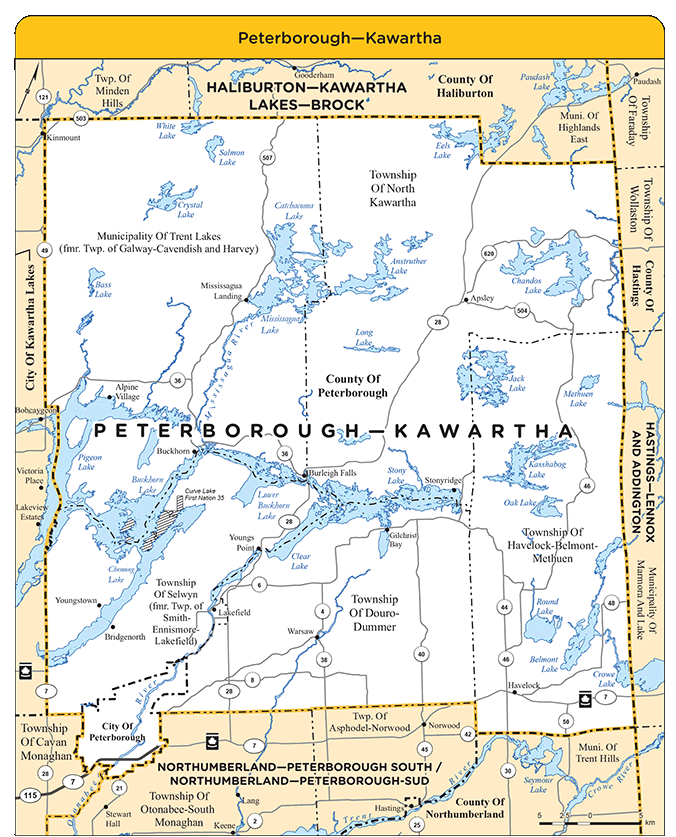